A lighthouse is a tower, building, or framework designed to emit light from a system of lamps and lenses. In older times the light was emitted from a fire and used as an aid to 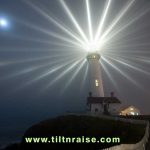 navigation and to pilots at sea or on inland waterways.

Lighthouses are used to mark dangerous coastlines, hazardous shoals and reefs, and safe entries to harbors and can also assist in aerial navigation. Once widely used, the number of operational lighthouses has declined due to the expense of maintenance and replacement by modern electronic navigational aids. (wikipedia)

A lightvessel, or lightship, is a ship which acts as a lighthouse. They are used in waters that are too deep or otherwise unsuitable for lighthouse construction. Although there is some record of fire 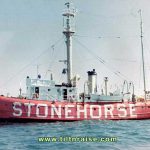 beacons LV101-Stonehorse-lightship placed on ships in Roman times, the first modern lightvessel was placed off the Nore sandbank at the mouth of the River Thames in England, placed there by its inventor Robert Hamblin in 1732. The type has become largely obsolete; some stations were replaced by lighthouses as the construction techniques for the latter advanced, while others were replaced by large automated buoys. (wikipedia)

Lighthouse activators as they are called are the folks that travel the coastlines of the world setting up portable operations. Sometimes a site like the photo above is used with a screened room or canopy is used to

US or Foreign Lighthouses

One really attractive aspect of chasing lighthouse is that it isn’t just confined to working lighthouses and lightships in the United States. There is a contingent of folks literally around the world that go to great 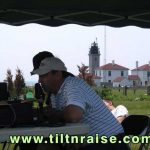 lengths (and expense) to activate lighthouses. These foreign lighthouses bring and added blessing in that they are sometimes at locations that DXers will work for credit for country awards as well as lighthouse awards.

And speaking of the awards, there are a lot of them. Too many in fact to go into on this page. The Amateur Radio Lighthouse Society sponsors a good many of these lighthouse awards. Some of the ARLHS awards are the Worked All States Awards, ARLHS Members awards and more. There are also awards given out for singular or multiple contracts with lighthouses in foreign locations. One such award is sponsored by the Radio Club Venezolano, but there are many others as well.

Obtaining lighthouse awards is as simple as submitting a list or collection of QSL cards to the issuing body to prove your contact with the lighthouses and lightships. QSL cards are printed acknowledgments of contacts between two amateur radio stations, the one below is an example QSL card: 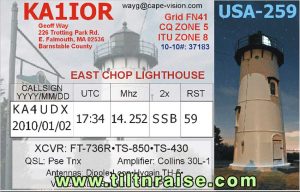